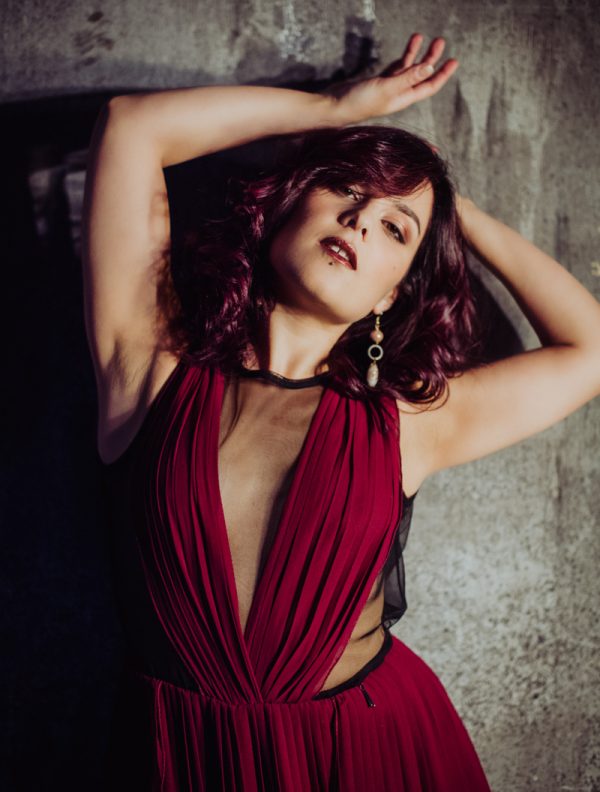 The Woman Behind The Voice

It all started in my mother’s womb, I had not yet been born but I already felt that music was part of me.

My mother used to tell me that all she had to do was put on music and all her problems were solved.

Music cradled me, raised me and nursed me.

My first performance was at the age of only five:

I still remember the amazement and joy in the eyes of those who listened to me, after my first debut my parents decided to help me on this beautiful path by always supporting me. So I started taking piano and singing lessons, enrolled in theatre school and studied ballet and modern jazz for over five years.

I took part in various music festivals, competing and being compared with numerous talents; I auditioned for all the Italian talent shows until I challenged singer Alessandra Amoroso on the TV programme “Amici di Maria De Filippi” in 2008.

At the age of 17, I was part of the opera choir of the “NUOVA SCARLATTI” orchestra and later I took part in the “DAN SPATARU” international festival in Romania, finishing second and also receiving the award from the Turkish consulate.

Later I started working as a singer for various ballroom and modern music orchestras as well as a singer at weddings.

For two years (2014-2015) I was a member of the “Soul Gospel” choir, and at the same time I recorded a record with edited and unedited songs telling the story of Naples.

From April 2016 to September 2016 I worked as a singer on the “Corsica Sardinia Ferries Mega Smeralda”, a mini luxury cruise.

In 2017 I lived in Copenhagen where I had the pleasure of singing twice at the Italian Embassy.

I then returned to Italy and, together with my wife Elena Gatti, we lived for 3 years in the province of Bergamo, not far from Milan, where I started to establish working relationships with clubs and agencies. I continued to expand my repertoire by studying Jazz and Blues music as well as the great Italian classics such as Mina and Mia Martini.

Currently, together with my wife, we have embarked on a nomadic life, living in our camper van, which allows me to take my music to various Italian squares and beyond. In the meantime, I continue to work at weddings and events as well as in various restaurants.